Adblock Plus recently commissioned a survey in collaboration with market research firm Ipsos. In all, 6,000 people were surveyed in the US, Germany and France about what they think about specific ads … and the findings were exactly what we would have imagined.

Full results of the survey can be found here:

The results validated what our users have told us for years: formats like search, text and banner ads that don’t get in the way are fine. As will come as a surprise to precisely no one, formats like wraparound banners, animated banners and pop-ups were consistently graded as “disruptive.” The slide below shows the US disruption level for each of the 13 types of ads. 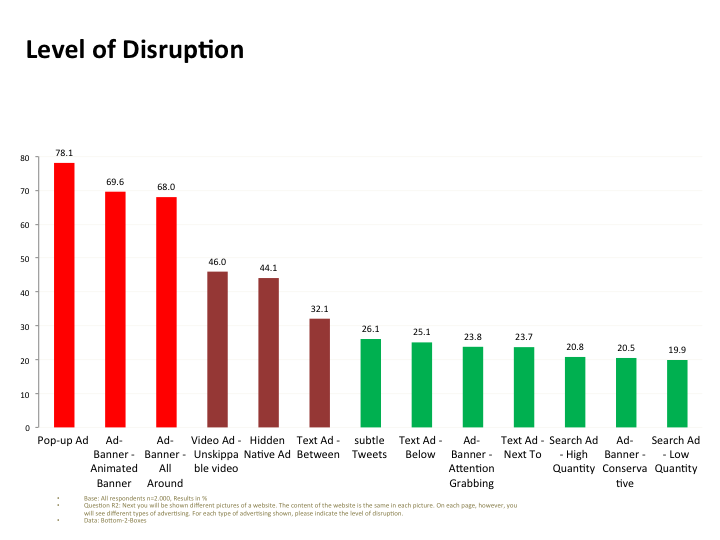 Here are a few of the takeaways from the study (although I really recommend you dive in yourself).

How it was conducted

The research firm conducted the study as an online questionnaire in October and November. They surveyed sample populations of around 2,000 participants each in the United States, France and Germany.

Why it was done