This week ten years ago Wladimir Palant wrote Adblock Plus 0.6 for Mozilla’s Firefox Browser. What were things like a decade ago? Well, most people used Firefox or Internet Explorer to browse the Internet; by contrast, Chrome was almost three years away from its first download. Twitter didn’t exist, MySpace was the most popular social networking site – people didn’t use the term “social networking” BTW – and the NSA was just a big black box in Maryland that some people vaguely thought of sometimes, maybe.

Now, ten years on, I’m pleased to announce that Adblock Plus has been downloaded over 500 million times – a half billion! Plus, there is a legal company standing behind us that allows us to do stuff like pay taxes and fight lawsuits. And we’ve created Acceptable Ads because we don’t think blocking all the things is all that smart.

What follows is an account of how we got to 500 million downloads interspersed with pictures of our team. If you wanna just skip the rest of this retrospective, here’s the bottom line: thanks to every single download of Adblock Plus, an industry that previously ignored users has to pay attention to … you. Thanks. 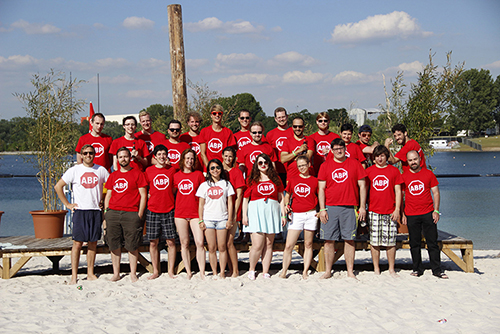 How we got here

The first ad blocker was written by a guy named Henrik Aasted Sørensen. It didn’t really gain much popularity outside tech circles, though, and eventually the code was ignored and passed around to a few different developers. No one really stuck with it till 2006, when Wladimir Palant rewrote it.

But “sticking with it” wasn’t exactly his plan:

“I thought that I would quickly improve Adblock,” he told me, “make it good enough to become the #1 extension – and be done with it. Didn’t quite work out the way I hoped, turned out that with projects like that there is always something to do. Ten years went by and I’m still busy with it.” 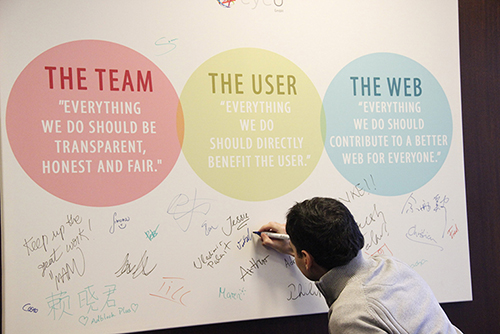 As user numbers increased, Wladimir had two issues with his booming extension: how to not let ad blocking kill ad-fueled content and how to monetize the project so that he could handle the extension’s growing numbers. He had a few ideas, but eventually Acceptable Ads solved both: it provided compromise in the contentious world of advertising and ad blockers while giving a free product a viable path to monetization.

Then he met a guy who had been working in the ad industry. I’ve had a lot of fun since I’ve been here trying to reimagine the fateful meeting of the “strict, principled” ad blocker and the “unscrupulous” ad maker. But in truth they both already agreed on a lot: Till thought that many online ads sucked and Wladimir didn’t want to block em all anymore. Also, that marriage was facilitated (officiated?) by Tim Schumacher, one of Germany’s most successful tech investors, whose initial investment and (continued) advice got Eyeo, and this opposites-attract, Till-Wladimir team, going. 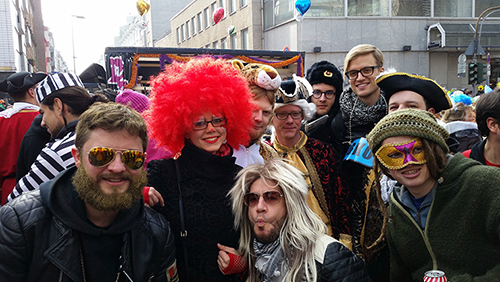 “When we started Eyeo,” Till told me, “we had the vision to at some point look back and be able to say we really made a difference on the web. Which seemed like a crazy idea at first. But now, thanks to the support of our many million users, we are actually seeing more and more examples of thought leaders in the ad industry, who are reconsidering the status quo.”

Acceptable Ads has become the cornerstone of our approach to ad blocking. It started as a user-generated groundswell that surprisingly attracted some major media attention. Since then it’s grown significantly: we now have over 700 entities on the list; we’ve improved the criteria based on user feedback; we’ve become more transparent about who has to pay and how much they pay; and we will hand over control of the criteria to an independent committee this year.

Finally, we have grown as well. It started out as just Wladimir. When Till joined, he and Wladimir were the first and only two employees of Eyeo. Then came a steady stream of people, including yours truly, in late 2012 and 2013. Now, we’ve got almost 50 people from 17 different countries working either from our home office in Cologne or from wherever they please around the world. 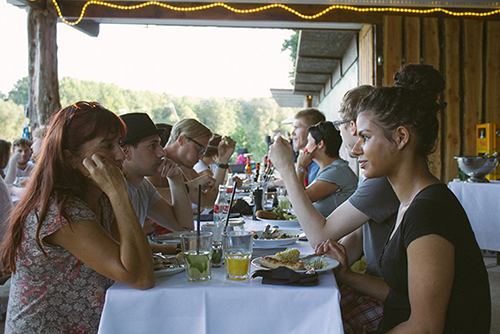 What comes next and summing things up

This is how Wladimir summed up what’s been going on:

The advertising industry is changing. After years of dictating what the user should see on their screen, they are finally starting to realize that ads might have taken the wrong turn. The dialogue between users and advertisers is slowly picking up. To a large part, this is our accomplishment.

I’d have to agree: Adblock Plus-certified Acceptable Ads are now on a large number of Alexa’s top websites, and just look at this Google trends graph showing the amount of searches for the term “adblock.” Looking to the near future – and I can’t/shouldn’t say anything yet – but we’ve got something amazing that will connect publishers and content creators directly to users. It has nothing to do with ads either. Stay tuned for that. 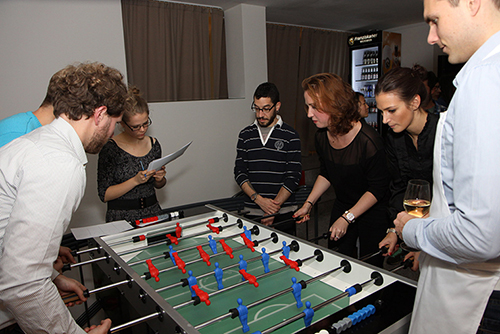 Advertising is an important revenue stream for many publishers and a lot of science is going into optimizing the revenues it generates. But in order not to lose support of the most important asset, the users, we need to find a more healthy balance that also focuses on a great user experience.

It is exciting to be part of Eyeo as we are fighting for more innovation and providing true value for both users and publishers.

I’d agree with that too. So with that, here’s my attempt to sum up the “decadblock”: by downloading Adblock Plus for the last 10 years you have spoken a simple truth to the ad powers that be: we demand better. Five-hundred million downloads later, they’re listening.