There has been a lot of misinformation floating around these past few days about Adblock Plus, Acceptable Ads and the Acceptable Ads Platform, so let us try and clear up the most common misunderstandings. 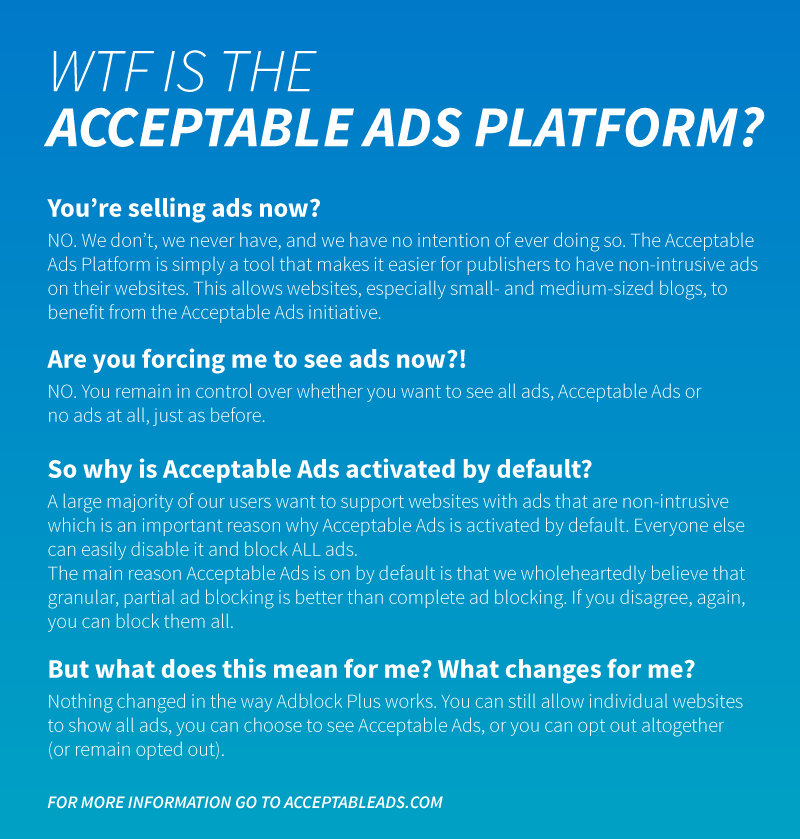