It seems the advertising industry is intent on tracking you down no matter where you browse, where you live… and now what you watch. A 2015 investigation by Consumer Reports found that many major TV manufacturers have started embedding content recognition technology that spies on your TV viewing habits and audio conversations, sends that data to third parties in order to “fingerprint” your TV set and send you targeted ads. The technology spies on what movies you streamed, which YouTube videos you viewed, and even which DVDs you watched from your own private library.

You can’t hide from advertisers anywhere – not even your own family room!

But not to worry: our clever engineers here at Adblock Plus set out to defend your television privacy and we are developing ABP TV, an ad blocker for your smart TV and streaming movie boxes. With some new blocking technology (and a bit of time travel) we think we’ve got this mendacious coven of ad spies beat.

Adblock Plus’s engineers teamed up with our open source community and Dr Emmett ‘Doc’ Brown to reverse engineer and defeat the ACR (Automatic Content Recognition) technology used by Gracenote, Cognitive Networks and others, which monitors audio and video input into Internet-connected TV sets. ACR technology is invasive, privacy-busting technology that enables your smart TV and steaming movie boxes to work in conjunction with your smartphones and tablets to actually spy on you. 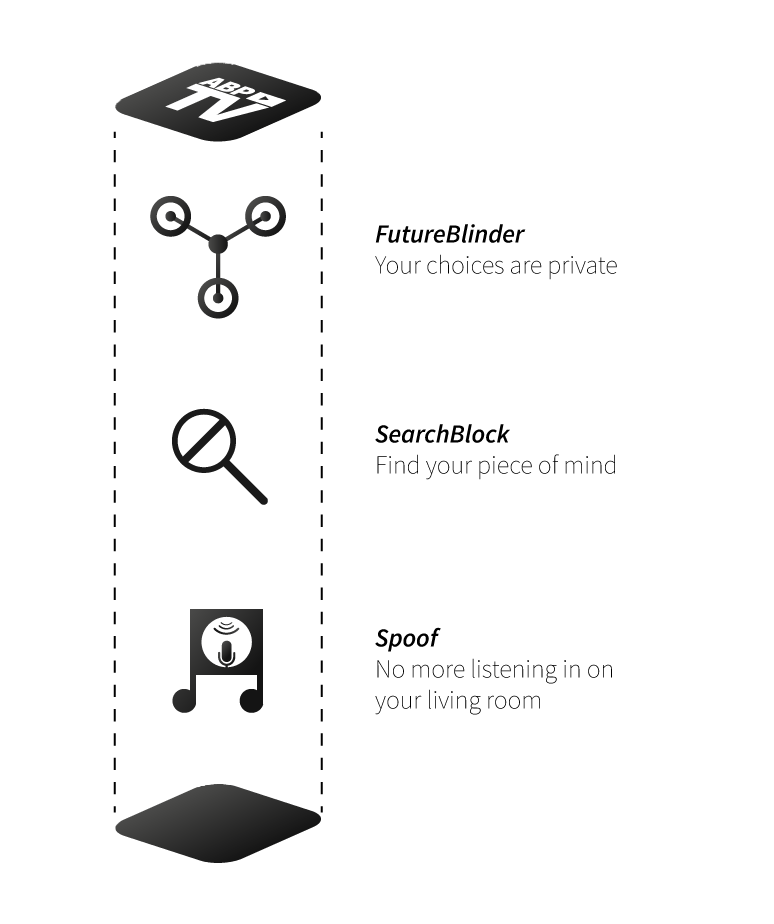 The core functions of ACR spying technology used to ID what you are watching are straight out of Big Brother: channel look-up, search query and audio fingerprinting. To block TV ads, Adblock Plus engineers developed three clever counter-technologies to foil these core functions of ACR technology. We dubbed them “FutureBlinder,” “SearchBlock” and “Spoof.”

FutureBlinder blocks your Smart TV from cooperating with channel look-up requests. Channel look-up uses a standard web API that lets your TV set send a query to a central server to request TV programming information, and sends that information to advertisers. Adblock Plus developed ‘FutureBlinder’ to block your smart TV from sending out these API calls – and it even fetches future ad calls and plucks them out of reality! 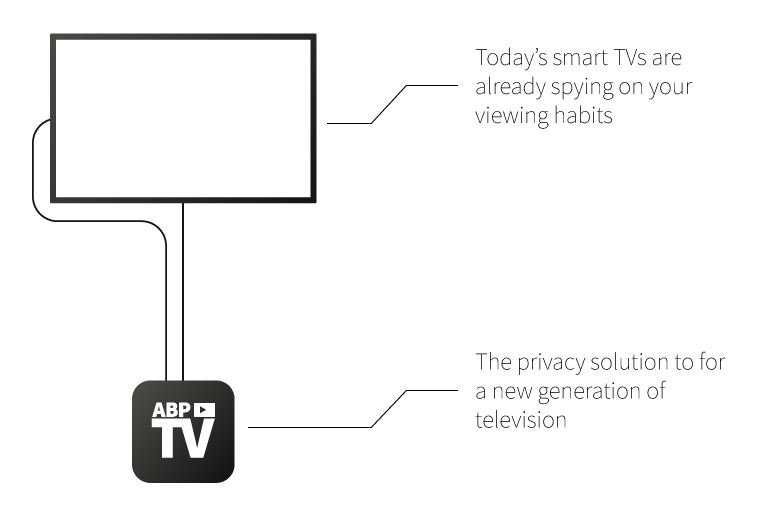 SearchBlock also prevents your smart TV from sending accurate data about the search queries that you make. The technology uses search query intercepts of your text-based searches to inform advertisers about what types of shows you are interested in: what metadata you searched, which trailers you watched and which shows you put into your queue. SearchBlock works by translating your search text into Klingon as a form of encryption.

And finally, we developed Spoof to counter the scariest TV spying technology of them all: audio fingerprinting. Audio fingerprinting technology uses other devices in the room (ie your smartphones and tablets that are sitting on your coffee table) to listen to a few seconds of the TV program dialog and soundtrack. It then matches that audio clip to a database of known shows – sort of like your Shazam app. Since this audio data is being sent from your devices independent of your Smart TV or steaming movie box, we were unable to block it. So instead we developed Spoof technology, which uses a database of audio clips that we sourced from high school acting classes worldwide to spoof the audio clips and confuse the ACR technology with bogus information. The ACR technology completely freezes up as it tries to match audio clips from high school favorites like Annie, Get your Gun and The Importance of Being Earnest.

“We find it unacceptable that advertisers are complicit with TV hardware manufacturers to track what movies you streamed, which YouTube videos you viewed and even which DVDs you watched from your own private library,” said Felix Fernsehen, lead engineer on the ABP TV developer team. “Our TV sets are meant for entertainment and teleportation, not for serving ads.”

So go ahead and watch your Little Pony videos without fear of getting targeted for offers from Hasbro and BronyCon. We have your back.